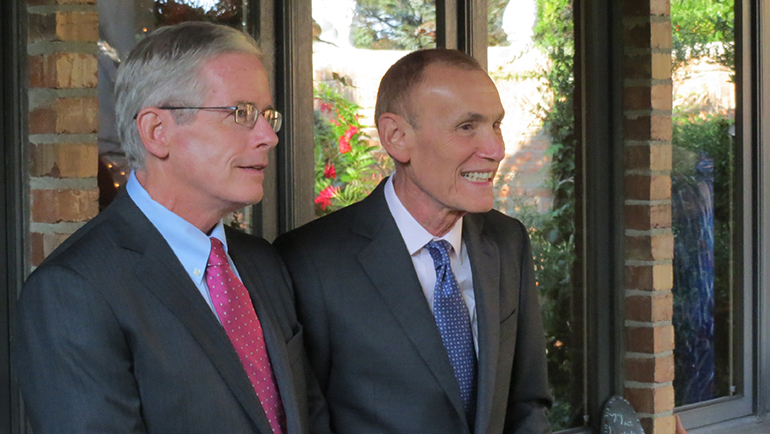 Chuck Otis ’83 and Jeff Reider were inspired to create a scholarship while attending a fundraiser to support students. Former Wayne State University President David Adamany was speaking at the event and shared a personal story about receiving a scholarship as an undergraduate.

“Dr. Adamany went to the gift office, and he requested the name of the scholarship donor to write a thank you note,” recalled Chuck. “And they kind of chuckled at him and said, ‘They’ve been dead for over 150 years.’ So it impressed on us the power of starting something that was endowed because it could last a long, long time. Long after we’re gone.”

Chuck and Jeff decided to fund an endowed scholarship at each of their alma maters. In 2012, they established the Charles F. Otis and Dr. Jeffrey L. Reider Endowed Scholarship in the Department of History at Wayne State. The scholarship supports students studying gender and sexuality.

Jeff has firsthand knowledge of the limitations of gender roles in society. His mother was a talented painter who could not formally study fine art because she was a woman. Chuck, who majored in history while at Wayne State, encourages students to study groups of people who have been marginalized in society. “The value of reading and understanding history is underrated in today’s world,” said Chuck.

Chuck and Jeff have been inspired by the impact their scholarship has on students, and the result has motivated them to keep giving. “We’re always looking at how we can add more,” said Jeff. “We’re very impressed by the appreciation that the recipients show — in the letters they write and in the comments they make.”

This year the couple made an even bigger commitment to Wayne State, pledging a significant portion of their estate to create a graduate fellowship in history. The financial assistance provided by the fellowship will help recruit graduate students, particularly those who live outside of Michigan.

Chuck and Jeff know their endowed gifts will leave a legacy that extends for many generations. They’re also glad they have the opportunity to meet the students their scholarship supports right now. “If you have the ability to do it while you’re alive, you can see the difference you’re making,” said Chuck.

While there are many needs in our society, they believe supporting education is crucial. “Education enables you to participate in society,” said Chuck. “By giving to Wayne State, you can help someone who might not be able to attend.” 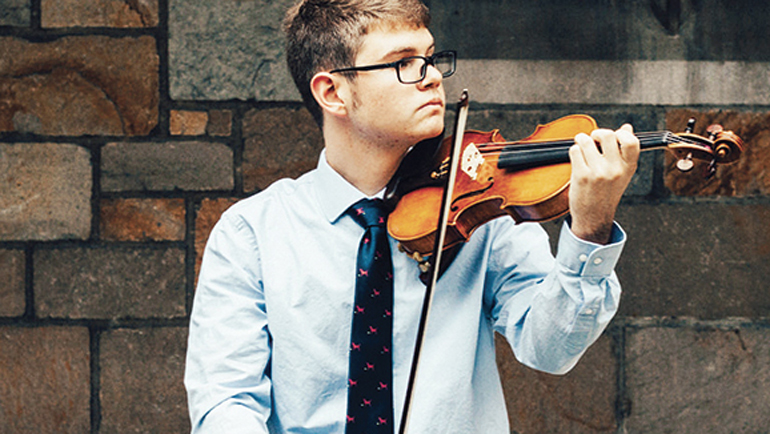