It was a tale that Eugene Driker shared often. As he was graduating from Detroit’s Central High School in 1955, his father told him that he could go to any college he wanted to… as long as he could get there on the Dexter bus. That bus took Eugene to what was then known as Wayne University, followed by Wayne Law School.

“Wayne was the obvious choice,” Eugene recalled to the Leonard N. Simons Jewish Community Archives. “So many of my friends from Central and the neighborhood went to Wayne. You took the Dexter bus a little further. It was a wonderful experience.”

His first job out of Wayne Law was with the anti-trust division of the U.S. Department of Justice in Washington, D.C., from 1961 to 1964. It would be the only time in his life that he didn’t live in Detroit.

Eugene Driker, a notable and impactful alumnus, died on September 29, 2022.

The son of Ukrainian immigrants, Eugene was raised in the close-knit Jewish community near Dexter and Davison. He said it was his parents, solid citizens who loved their new country and cherished their friends and family over “stuff,” who had made the greatest impact on his life. It explains Eugene’s commitment to the city he loved and stood by during many challenging times.

Eugene and his wife of 63 years, Elaine, raised their family in Detroit, first in Green Acres, where his friends and neighbors included future U.S. Senator Carl Levin, and Arthur Johnson, who would be a leader of the Detroit branch of the NAACP and have a decades-long presence at Wayne State. Since the mid-1970s, the Drikers lived in Palmer Woods.

Eugene and his partners founded Barris, Sott, Denn & Driker, P.L.L.C. in downtown Detroit in 1968, where it still remains today. The firm was known as “lawyer’s lawyers” due to the high skill established by the partners and their attorneys, and Eugene himself represented some of the largest corporations in the state.

In 2013, Eugene was selected as one of the mediators in the City of Detroit bankruptcy. That mediation team, which consisted of current or retired federal judges, and Eugene, successfully negotiated a resolution in record time to the largest municipal bankruptcy in history. This included the Detroit Institute of Arts Grand Bargain, in which Eugene helped raise $866 million to ensure the museum stayed open and that it maintained ownership of its art.

“One of the reasons I threw myself into the bankruptcy so much,” Eugene said, “was my own goal to make Detroit a place where my grandchildren would want to stay.”

His lifetime of giving, both financial and time, for cultural organizations in Detroit and the Jewish community resulted in honors and accolades too many to list. And as much as he was a tireless defender of Detroit, it was Eugene’s appreciation for Wayne State (“an undervalued jewel”) that stirred decades of volunteerism and support.

“I owe Wayne a great deal,” Eugene said, “and I try to repay some of that debt through serving. Getting an education at this university was a portal to the American Dream.”

He served for 12 years on the university’s Board of Governors, was a chair of the Wayne State University Foundation, a chairman of the Law School Board of Visitors, the first fundraising chair for Wayne Law, and a member of the Carl Levin Center for Oversight and Democracy at Wayne Law. He was also a longtime financial supporter, giving consecutively for more than five decades and establishing numerous endowed funds that encouraged and inspired Wayne State students.

“Eugene Driker was a great friend to Wayne State University, and to me personally,” President M. Roy Wilson said. “He was consistently generous with his time, intellect and support, yet modest about his accomplishments, which were many. He was devoted to Elaine and his family and friends. And he was proud of Wayne State, and we are proud to call him our own. His example inspires the entire Wayne State community.” 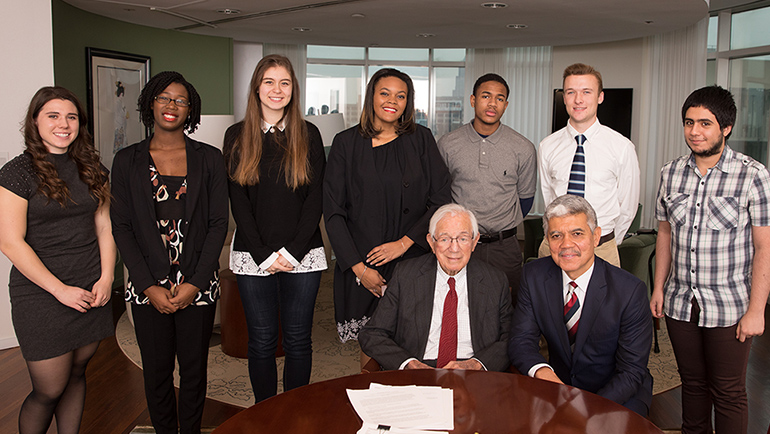 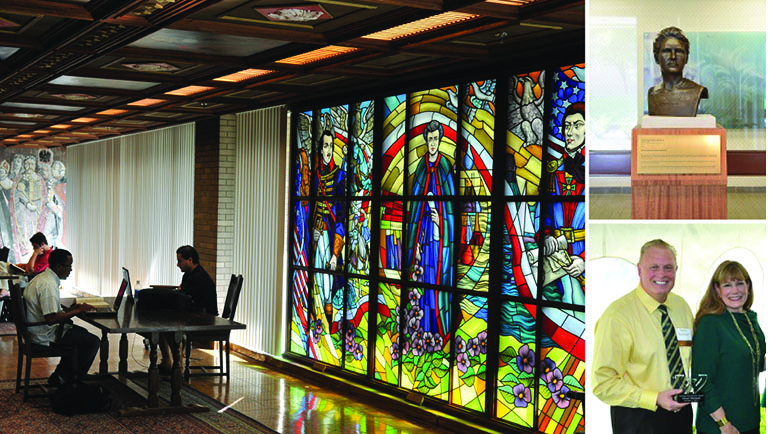